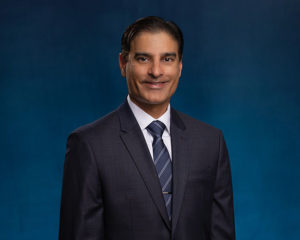 Dr. Hussain began his medical training graduating at The Johns Hopkins University in 1993. He subsequently received his medical degree from Hahnemann University School of Medicine in 1997. Dr. Hussain is board certified by the American Board of Psychiatry and Neurology.

He was honored as the resident of the year from his neurology training program at the National Capitol Consortium, and is a medical instructor at the Uniformed Services University of the Health Sciences. Dr. Hussain proudly served in the United States Army between 1997-2005, and retired as a Major while serving at both Walter Reed Army Medical Center (AMC) in Washington, D.C., and William Beaumont AMC in El Paso, TX.

Dr. Hussain is an active member of the American Academy of Neurology.