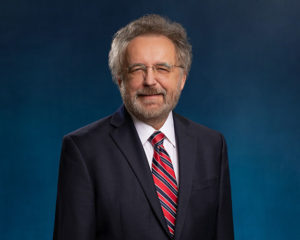 Dr. Poltorak joined Neurological Medicine, P.A. in 1999 and became a partner in 2003.
Board certified in general Neurology and Vascular Neurology by the American Board of Psychiatry and Neurology, Dr. Poltorak belongs to multiple medical/neurological associations, including the American Academy of Neurology.
Dr. Poltorak specializes in strokes and multiple sclerosis. He is an expert in peripheral nerve problems, neuropsychiatric disorders, sleep and movement disorders as well as seizures.
Dr. Poltorak graduated with distinction from Warsaw Medical School in Poland. He attained his PhD by conducting both clinical and research work on multiple sclerosis. Later, he studied neurodevelopmental and neuroimmunological pathologies at the University of Heidelberg, Germany.
He then conducted studies at the University of Maryland School of Medicine and the National Institute of Mental Health (NIMH) – Neuroscience Center, where he continued neuroscientific research on movement and neuropsychiatric disorders for nine years. He completed his internal medicine internship and neurological residency at the George Washington University in Washington, DC.
During his research, he published over 70 full-length papers in renowned peer-reviewed scientific journals, in addition to book chapters, and over 100 abstracts. He received numerous honors including the Alexander von Humboldt Foundation Research Scholar Award, the Senior Scholar Fulbright Research Award and twice the Stanley Foundation Research Award. He served on the Editorial Board of the Journal of Neurotransplantation, and was a peer-reviewer for numerous scientific journals.
Request Appointment